You've heard of the Wainwrights and the Munros...

For many people, part of the attraction of walking is the completion of a list of targets - with the most well-
know being the Wainwrights and the Munros.

The Wainwrights are a collection of 214 Lake District fells - or hills - which were included in the 7 books written and illustrated by Alfred Wainwright, and the Munros are named after Sir Hugh Munro (right), who  produced the first list of mountains in Scotland with a height over 3,000 ft (914.4 m) in 1891.

As a bit of a night owl, I'm often awake editing or writing when the early morning Shipping Forecast is broadcast on BBC Radio 4.  Although it's primarily designed to provide valuable long distance weather information to sailors, it's found an increasing number of listeners from landlubbers whose only experience of high seas is on a ferry to Ireland or mainline Europe... 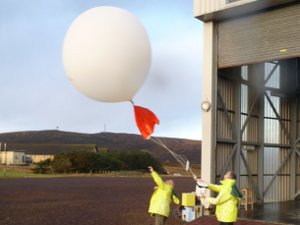 Part of the Shipping Forecast is the "Forecast from Coastal Stations" - these are coastal stations and automatic weather logging stations located across the British Isles and provides essential information about the weather at sea along the coast.  The Coastal Stations forecasts are included in the extended Shipping Forecasts on BBC Radio 4 at 00:48 and 05:20 local time each day.

And this got me thinking...  How about a new walking tick list based on the "Forecast from Coastal Stations"? How about several walks of differing length going to each of the Coastal Stations mentioned in the 00:48 forecast?  As they are coastal, it would connect with the British love of the sea, but it could also make it a fairly accessible tick list.  Although the list of people completing the Wainwrights and the Munros grows every month, it still is a very small amount of people compared to the large numbers who go walking because of the inherent nature of the those mountains.

Here could be a walking tick list which many more people have a chance of achieving.  But it is still quite a challenge... Two, for instance, are in the Republic of Ireland, another two are on the islands of Jersey and the Isle of Man and a further two are located on on the Hebrides.  This is not a tick list you could do in a few well-coordinated walks as with the Wainwrights!  And to make it even more challenging,  three of the Coastal Stations are actually light vessels moored in the English Channel!  I'm not thinking people should swim to these, but they could be pointed to the nearest point on the coast to where those light vessels are. 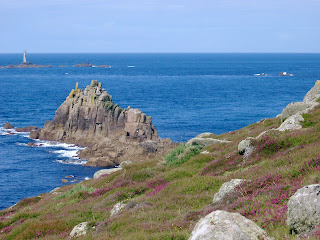 So, I decided to develop this idea further and do some research.  It turns out someone has had a similar idea, but they visited all of the Coastal Stations and wrote a book - they didn't try to create something for others to discover - but it proves the fascination with the Shipping Forecast and the coast.

I've already had input from the Met Office and I'm putting their suggestions in the mix.  What I'm working 2 or 3 walks to each of the Coastal Stations mentioned in the 00:48 broadcast.  As I'd like this tick list to be the first in the British Isles to have an element of digital involvement and social media from the start, I'm working with the team at Social Hiking to have the walking routes available via GPS downloads and to have some sort of a presence on their fantastic site. 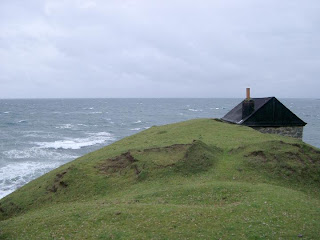 Each of the Coastal Station points will be set by a GPS point too, as some of the stations are not able to be accessed by public rights of way - and some are in the sea, as I mentioned.  So, there will be a GPS point which will be "set" as the target end destination of each of the walks, and there will be detailed descriptions, photos and possibly videos detailing the routes and the end points on a website too.   At a later point, if the tick list becomes popular, there could be interpretation boards and waymarkers on the ground - but let's not get ahead of ourselves...
on at the moment is

So, there's a lot of work to be done, but having already walked to places like Ronaldsway in the Isle of Man and Bridlington, I think this walking tick list might become something people would like to do: a long term project to travel to some of the most scenic coastal spots across the British Isles.  Although I'm not too sure about the nickname a friend has already given the project... you've heard of the Wainwrights and the Munros, well he's called it the Whites...


Please leave any comments or suggestions you might have below.
Posted by Unknown at 14:29 0 comments
Email ThisBlogThis!Share to TwitterShare to FacebookShare to Pinterest
Links to this post
Labels: Coast, Coastal Walks, Ireland, Isle of Man, Isle of Skye, Jersey, Shipping Forecast, the Hebrides, the Munros, the Wainwrights, the Whites
Newer Posts Older Posts Home
Subscribe to: Posts (Atom)