Send us your comments, suggestions and experiences!

We've just installed a new feature on our blog whereby you can leave us a voice message about anything you've got on your minded - although we'd prefer you kept to the themes of walking and the great outdoors!

We might include your voice message in our new monthly walking and outdoor podcast - but don't worry, we'll ask you first and we'll edit out any fluffs and "errrs" you might make.

Posted by Unknown at 13:36 0 comments
Email ThisBlogThis!Share to TwitterShare to FacebookShare to Pinterest
Links to this post
Labels: Podcast 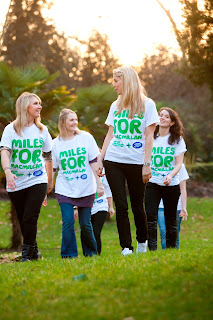 With the New Year comes a range of frankly not-so-worthy resolutions – so instead, why not do something meaningful and take up one of the many walks you can do for charity?  And thinking about it, walking through some of the best landscapes in the country can’t really be a proper way of raising money, can it?  Proper is like shaking a tin outside Tescos only to hear the phrase “I only carry credit cards these days”.  No, walking and raising money through the kind generous support of your family, friends, work colleagues and online followers sounds pretty good to us!


There’s a great amount of them available, ranging from Kilimanjaro to the Great Wall of China – but we’ve selected a range of the best more closer to home.


It might not be the whole 73 miles of the full Wall, but combine awesome natural scenery over an undulating terrain, and 10 miles will probably be quite enough!
http://www.bhf.org.uk/get-involved/events/view-event.aspx?ps=1001345 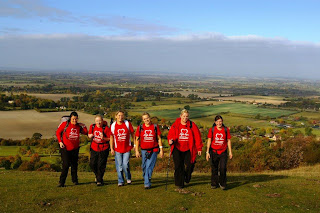 
Just to prove not all of our picks are north of the Watford Gap, this is actually a choice of 4 walks along the South Downs between Clayton Windmills and Alfriston with distances of 5 miles, 8 miles, 15 miles or 21 miles (each with different start points).   You could attempt any of the shorter walks, or take on the challenge and variety of the full 21 mile walk.
http://www.bhf.org.uk/get-involved/events/view-event.aspx?ps=1001398


Now this is a challenge - deep in the spectacular Western Grampians to the summit of Britain’s highest mountain, Ben Nevis.   It doesn’t get much tougher than that in the UK.
From the green lowlands of Glen Nevis, striking steeply up to the picturesque Lochan Meall, tackling the famous ‘zig-zags’ path and continue up across the steep rocky mountain-side to our goal.


Hopefully you’ll have good weather and can see the incredible panoramic views over the hills and lochs below from the summit of Ben Nevis at 4,409ft (1343m).  Regardless, you’ll have a deep sense of achievement. 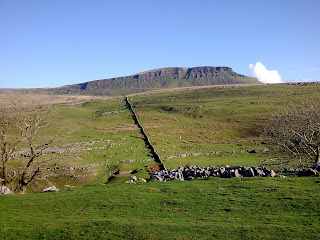 
Climbing a total 2,153 metres and walking almost 26 miles is no mean feat.  That’s why the impressive mounds of Pen-Y-Ghent, followed by Whernside and finishing with the unforgiving Ingleborough have a mythical status of being the most challenging within the same county.  The walk itself takes in some of the Yorkshire Dales’ finest scenery and will be a tremendous challenge for all who take part.


The phrase “3 Peaks” generally means the 3 highest peaks in Great Britain or the Yorkshire 3 Peaks – so here’s a 3 Peaks with a difference – the Welsh 3 Peaks.
Dare you take on the challenge of Snowdon (Yr Wyddfa) in the North, Cadair Idris in mid-Wales, and Pen y Fan in the South?


Trailwalker was originally started by the Queens Gurkha Signals Regiment over 30 years ago as a training exercise to test soldiers’ stamina and teamwork skills. The Challenge is to complete the 100km Trailwalker trail, across the South Downs, in under 30 hours in teams of four. Is it tough? Of course. Is it worth it? Absolutely. 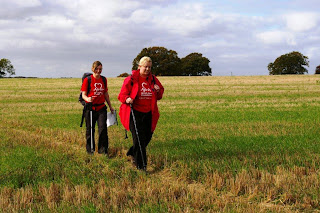 
26 miles of walking isn’t for the faint-hearted, but by following the Clwydian Mountains, you’ll reach the not-unsubstantial height of 1,818ft.  And if you take on this challenge, you’ll be following in the footsteps of trekkers from the past two years of this incredible event.
Starting from Clwyd Gate, Ruthin to Prestatyn following the Clwydian Mountains along the famous Offa’s Dyke promises a backdrop of magnificent scenery.


Walking for 12 miles along a part of the Pennine Way is great at the best of times, but to be safe in the knowledge you’re also raising money for the British Red Cross on this walk is amazing.  There’s some stunning landscapes on offer as you venture from Edale on this circular walk which encompasses the top of Mam Tor. 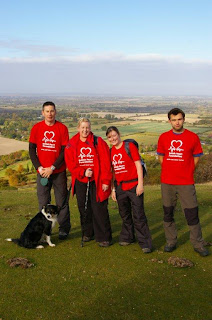 
17 miles during the winter in the High Peaks – does it get better?  Starting at Sparklow near Buxton, the hike is along the High Peak Trail following an old railway line and takes in the rolling limestone countryside and wonderful scenery of the Peak District National Park.  The final stages of the hike go past Derwent.

There are many other walking and hiking charity challenges out there in 2012 - a search online will bring them up.  And don’t forget to have a look at your local rambling or walking club – they might be organising one for a local-based charity.


Whichever event you take part in and whatever charity you raise money for, all the team here at Walks Around Britain wish you lots of luck.
Posted by Unknown at 12:51 0 comments
Email ThisBlogThis!Share to TwitterShare to FacebookShare to Pinterest
Links to this post
Labels: 3 Peaks, Sponsored Walks, Walk

Walna Scar is for walking, horses and bikes only - finally


After 3 decades of uncertainty and legal wrangling, Walna Scar, one of the Lake District’s most popular fell passes, will not be open to motorised vehicles.

If you're not familiar with it, Walna Scar is in the Lake District National Park lying in the Coniston Hills - and the pass shares its name with a popular hill-walking summit.


The modern day debate about whether motorised vehicles should be allowed to use Walna Scar dates back to May 2006, when the pass was closed to mechanically propelled vehicular traffic because of the Natural Environment and Rural Communities (NERC) Act 2006.

Users of motor vehicles, however, claimed Walna Scar to be a BOAT - a Byway Open to All Traffic - using the exemption clause contained in the NERC Act 2006. 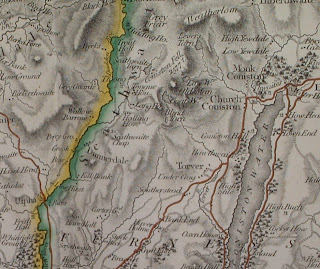 The Lake District National Park Authority assessed the BOAT modification order application, and concluded that the route should be a restricted byway (for all traffic except motorised vehicles) and this was made an order in 2007.

After several objections were made to this - and further evidence received - an independent inspector was appointed by the Secretary of State.  This inspector decided the route was a Byway Open to All Traffic – including motor vehicles, and on 15 June 2010 the route again became available for all traffic.

Following an appeal to the High Court, that inspector’s decision was been quashed, and the whole process started again.

Today, we have finally got a decision.

Members of the Lake District National Park Authority's Rights of Way Committee discussed the historical evidence and the effect of modern day legislation, and agreed that the route was a restricted byway, which effectively means only walkers, horse riders, cyclists and pony and trap drivers will legally be able to use the route.

However, it isn't a closed and done deal, as the public will have between 10th February and 1st April 2012 to object, which would then result in the matter being referred to the independent planning inspectorate.

Meanwhile, it remains illegal to use the route with a motorbike or four wheel drive vehicle.
Posted by Unknown at 12:25 0 comments
Email ThisBlogThis!Share to TwitterShare to FacebookShare to Pinterest
Links to this post
Labels: Lake District, National Park, Public Rights of Way

With the Sheffield Adventure Film Festival taking place next month, our thoughts moved to thinking about how to watch the type of great films shown at festivals like this around the UK and the world.


Well, one answer is SteepEdge, a new UK company run by Brian Hall and John Porter, who founded the Kendal Mountain Film Festival in 1980 - which has since grown to be one of the top three Mountain Festivals in the world.


Now as a special offer to readers of the Walks Around Britain blog, you can try the site and get a 50% discount off your first film until 29th Feb 2012 - just use the code SteepWAB2.
Posted by Unknown at 07:00 0 comments
Email ThisBlogThis!Share to TwitterShare to FacebookShare to Pinterest
Links to this post
Labels: Keswick Mountain Festival, Sheffield Adventure Film Festival
Newer Posts Older Posts Home
Subscribe to: Posts (Atom)