With 2012 being the year of the Summer Olympics in Britain, it’s easy to forget that GB has a great line up of competitors in Winter Sports. 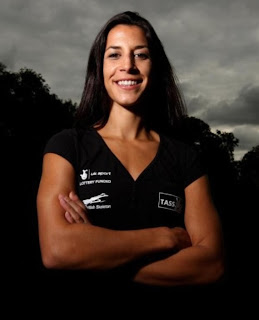 Only two weeks ago, Britain’s top Skeleton Racer Shelley Rudman (above) achieved the first win of the season in Germany, being fastest on both runs at Konigssee to beat silver medallist Marion Thees by half a second.
At the time, the win moved Shelley up to 3rd in the overall standings after five of eight races – but just today, she tweeted she’d moved up to 2nd place in the World Championship rankings. 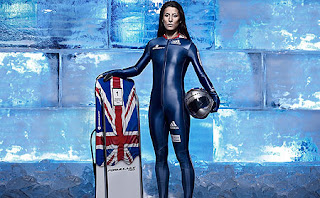 Shelley, who is 30, is no stranger to medals though – she took the Olympic silver medal in 2006, was European Champion in 2011 and took bronze at this year’s European Championships on the 7th January.
She’s currently taking part in round six before the final two legs take place in Whistler and Calgary in Canada.  The season then reaches an end with the World Championships at Lake Placid, which runs from 13th 26th February. 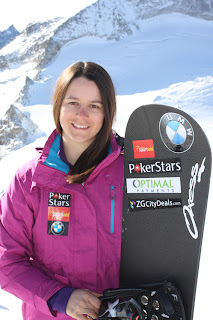 Zoe Gillings (above), Britain's No 1 snowboarder, last week finished a very impressive 7th place at the Veysonnaz Snowboard Cross World Cup in Switzerland, fending off stiff competition from the Olympic Silver medallist, Deborah Antonioz.
Out of a large field of 24, Zoe achieved a faster qualifying time than the Olympic Gold medallist Maelle Ricker – and it was her highest qualification so far this season.
She’s on track for success in the 2014 Winter Olympics – but from the end of last season, whe her funding from UK Sport was cancelled, Zoe has relied solely on her personal sponsors – Pokerstars, Neteller, BMW and Isle of Man Sports Aid to provide her with an Olympic training program. 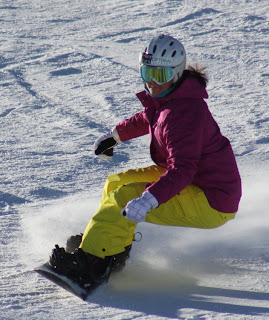 And then on Sunday (22 January 2012) Zoe just missed out on podium finish at the latest World Cup Snowboard cross event in Switzerland – finishing an amazing fourth place.

She is now ranked seventh in the world, and heads to the prestigious invite only X-Games event in Colorado for her next competition on January 27-28.

An interview with Ed Byrne

Our latest video isn't a walking video - but an interview with comedy master and hill-walker Ed Byrne.  Find out how he got into hill-walking, what his tally on the Munro Bagging front is and at what age you can legitimately wear a fleece all the time...

Just beware of the bell of truth...

Posted by Unknown at 15:14 0 comments
Email ThisBlogThis!Share to TwitterShare to FacebookShare to Pinterest
Links to this post
Labels: Interview, Munro Bagging, Walk


Getting young children out walking isn’t generally easy, but by following the advice on our website here it becomes a bit less of a challenge.  Now, one of the pieces of advice we mention is “For a real treat, give them a small knapsack to carry.  Then they can hold the bits that they find along the way” – and the Little Life Children’s' Animal Daysack certainly fits the bill. 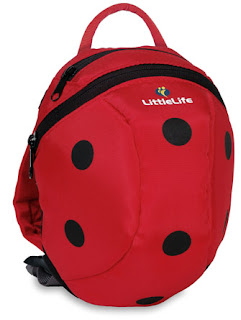 First of all it simply looks the part – available in 10 different animal designs, they are distinctive and colourful – and instantly the children are hooked.   The daysacks are intended for children between 6 months and 3 years, and they have a enough amount of adjustment on the back straps to cope with that wide size difference.  The straps have a degree of minimal padding, but even so wouldn’t hurt the little wearer.


On the top is a grab handle, which I’ll leave you to decide is for either a child grabbing the bag or for parents grabbing a child… Just to the front of said handle is a zip to the top pocket which to allow the exit of the water-resistant hood.  Now, unlike most grown-up backpacks, this water-resistant hood isn’t really for the sack – it’s for transforming the little toddler into the animal of their choice to match the design of the daysack.  It’s a neat little feature which will certainly stop wet hair in an unexpected light shower. 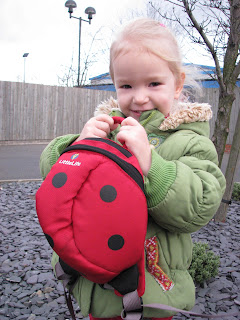 The main compartment of the daysack has a capacity of 2 litres, and so is ample for a small drink, some healthy snacks (of course) and the obligatory 3 soft toys who need to come out on every expedition.  Inside the main compartment is a name & address tag, which must be completed by every parent…


The pièce de résistance of this little daysack is the Removable Parent’s Safety Rein, which transforms this innocent daysack into a way of controlling a wayward toddler and keeping them safe whilst exploring.  The Safety Rein is roughly about 1 metre in length and has a great wrist strap on the parent side and attaches to the daysack via a loop at the top of the sack.  This allows parents to easily clip the rein on out of sight of the little wearer – very important that.  As I'm quite tall, I'd prefer a longer rein so that my youngest can have a bit longer roaming - especially when I'm walking our two dogs.


Overall, the daysack is a great addition to the family with toddler who wants to make the transition from pushchair to walking.  The Safety Rein is really what us parents are buying it for and they comply with the safety standard BS EN 13210:2004 – which relates to Children's safety harnesses, reins and similar type articles – we know, we’ve looked it up.  It’s not the safety or the restraining powers children will be interested in, but just the bright designs and magic of having a grown up backpack. 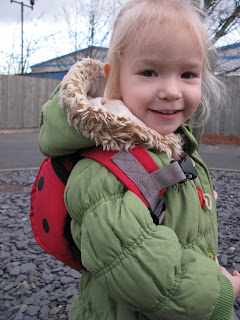 My youngest daughter loves having a sack “just like Daddy’s” .  Our daysacks share shoulder straps, compartments to carry stuff, zips with a secret hood and even a chest strap.  Mine, however, isn’t red and have black spots on it.  Deuter, you’re missing a market there me thinks…

Posted by Unknown at 13:43 2 comments
Email ThisBlogThis!Share to TwitterShare to FacebookShare to Pinterest
Links to this post
Labels: Gear Review

Defra has announced that new members are to be found and appointed to several National Park Authorities in England. 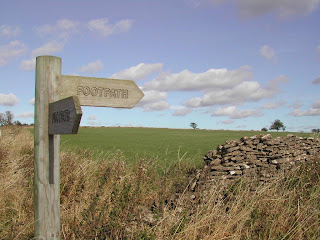 There are 2 vacancies in the New Forest, North York Moors and Yorkshire Dales National Park Authories and one vacancy in the Peak District and South Downs NPAs and the Broads Authority.

The Secretary of State for Environment, Food and Rural Affairs, Caroline Spelman, appoints members to reflect the national importance placed on these bodies, with responsibility for conservation, recreation, planning, access, land management and resources as well as reflecting both local and national interests.


If you're interested in applying, the dealine is Monday 13th February 2012, and the appointments will commence in May 2012, or as soon after as practical, and are initially for up to four years with the option of re-appointment for a total period of up to eight years.

For more info, visit the Defra site here.
Posted by Unknown at 13:36 0 comments
Email ThisBlogThis!Share to TwitterShare to FacebookShare to Pinterest
Links to this post
Labels: National Park

Do you know someone who goes above and beyond to protect and nurture our green spaces?  Or maybe there's a famous person you admire who's challenging the system?  Have you got a favourite teacher who's inspired you to do something for nature?

If so, they could be a candidate for the new Octavia Hill awards - launched by the National Trust and BBC Countryfile Magazine.  They are named after the Victorian social reformer and one of the founders of the Trust, who set the standard in campaigning for green places.

But who are today's green champions?

The closing date for entries is 31 January and the winners will be profiled in BBC Countryfile Magazine.
Posted by Unknown at 11:24 0 comments
Email ThisBlogThis!Share to TwitterShare to FacebookShare to Pinterest
Links to this post
Labels: National Trust
Newer Posts Older Posts Home
Subscribe to: Posts (Atom)